Visit the museum for a self-guided tour.  Part of AHA Night. Free.

Caesar Teaser
Glass Horse Project will perform short scenes from their upcoming full-length play, CAESAR. General seating under the tent, in the garden of the RJD. In conjunction with AHA Night. Free admission.

Sunday, July 12, 2pm
Nameless Players Present: The Whole Shebang
This play asks the question, “What if the entire universe was just some nerd’s science project?” In a classroom in a dimension far beyond ours, a student striving for a “Master of the Universe” degree gives an oral presentation on an unusual thesis — the creation of the heavens and the earth.  General seating under the tent, in the garden of the RJD. $5 admission.

Saturday, July 18, 9 am – Noon
Appraisal Day
Do you have a family heirloom?  Paintings passed down to you by a relative? Or a great flea market find? Discover their potential worth with the help of an expert appraiser. Appraisals will be done on a first-come, first-served basis. Fee at the door: $10 per item / $25 for three items.

About the Appraisers
Frank McNamee has over 40 years of experience in the antiques and appraisal business. He is a graduate of the Appraisal Studies Program at the Rhode Island School of Design, and the H. F. Dupont Winterthur Winter Institute Museum School.  He is owner of the Marion Antique Shop.
Alfred J. Walker is a retired art dealer, connoisseur and collector. For 25 years, he owned and operated Alfred J. Walker Fine Arts, Newbury Street, Boston. He has handled works by C.H. Gifford, William Bradford, John Singer Sargent, Cecilia Beaux, William Allen Wall and many others.
Paula Deane is a veteran antiques and jewelry dealer with over 40 years experience in the business.  Her specialties include high-end vintage jewelry and country antiques.

In the 1910s, Florence Fleming Noyes created dances advocating for women’s suffrage, including the 1913 Suffrage Allegory, performed as part of the National American Woman Suffrage Association march on Washington, and the 1914 Dance of Freedom, performed for suffrage leader Anna Howard Shaw at the Biltmore Hotel in New York City. In honor of the centennial of the 19th Amendment, dance artist Meg Brooker reconstructs Noyes’s iconic suffrage dances for performance on the RJD grounds by a group of Noyes Rhythm dancers. Founded in 1912, The Noyes School of Rhythm is dedicated to preserving and passing on Noyes’s work as a dancer and educator, deeply immersed in music, myth, and nature. General seating; rain or shine. $8 Members / $12 Public / Students with ID Free.

The Garden Tourist: Lecture and Book Signing with Author Jana Milbocker
Do you enjoy touring beautiful gardens? We will show you the best public gardens, nursery display gardens, and private gardens open to the public in the Northeast to visit for inspiration! Learn about each garden’s highlights, ideal times to visit, and enjoy a visual tour of each amazing destination. Arrive at 5pm for refreshments in the garden. Lecture begins at 5:30pm under the tent. $10 Members / $15 Public.

Talk: Daniel Drayton & Photius Fisk
George Kontanis, RJD Docent
Daniel Drayton became known for helping enslaved individuals escape to northern ports in the early to mid 1800s. He is now buried in New Bedford’s Rural Cemetery where his monument has been recently restored. Several men, including Photius Fisk, had a role in Drayton’s honoring.  Hear more about the life of Drayton and Fisk’s efforts to remember him.  Free with the price of museum admission.

Thursday, August 27, 6pm
From Broadway, With Love – A Musical Revue of The Best of Broadway
Presented by New Bedford Festival Theatre
Don’t miss an evening of pure enchantment under the stars when New Bedford Festival Theatre present a concert of your favorite songs from Broadway’s biggest hit shows, featuring stars from Festival Theatre’s productions of, Mary Poppins, Gypsy, My Fair Lady, West Side Story, Les Miserables and Mamma Mia.  General seating under the tent, in the garden of the RJD. Tickets: $20 until the day of event; $25 at the door.

Join the museum’s staff, board, Corporators and fellow members for a look back at the past year of museum activities and enjoy a special talk with Carrie Taylor, Director, Lippitt House Museum.  A reception follows. Free admission.

To Labor for the Common Good: Recontextualizing the Historic House Museum Experience

Lippitt House has been a landmark for over 150 years – a reflection of the great wealth created in 19th century Providence from manufacturing. But what relevancy does a Victorian mansion have today in our post-industrial age?  Ms. Taylor will discuss the evolving role of historic house museums as a community resource and efforts to engage community through innovative partnerships and programs. This talk is also part of AHA night.

Carrie Taylor came to Providence’s Lippitt House Museum to be its first director in 2013. Prior to leading Lippitt House, Carrie was Registrar and then Collections Manager at Monticello, Thomas Jefferson’s home outside of Charlottesville, Virginia for 15 years. Before moving to Virginia she worked in the Curatorial Department at the Atlanta History Center. She was elected Phi Beta Kappa and graduated cum laude from the University of Georgia with a bachelor’s degree in History.  She then earned a master’s degree in Public History with a Museums Studies concentration from the University of South Carolina where she held a graduate assistantship at McKissick Museum in Columbia. She is an active member of several professional organizations including the American Association for State and Local History, the New England Museum Association and the Victorian Society in America. She serves on the Board of the Friends of the Brown University Library and is a graduate of the Seminar for Historical Administration.

Enjoy a one-hour guided tour of the Rotch-Jones-Duff mansion. Various RJD Docents and staff conduct tours. Free with the price of admission. 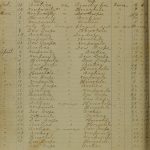 Tuesday, September 15, 5:30pm
History Happy Hour: The Herschel Island Baseball League
Mark Procknik, Librarian, New Bedford Whaling Museum
Get your baseball fix along with fun networking! RJD’s newest program offers a brief talk on a historical topic, along with tasty bites and beer and wine from local breweries and vineyards.  During Arctic whaling voyages when the winter ice made cruising for whales difficult, whalemen needed to pass the time until spring. During the winter of 1895, they formed an informal baseball league with scores and statistics recorded in a journal kept by Captain Hartson Bodfish. Purchase tickets on line:: $15 (includes refreshment)

Join NBSO Concertmaster Jesse Holstein and pianist Jeff Louie for three works that are a nice pairing with the coming of autumn. J.S Bach’s warm and gracious A-major Sonata will open the program followed by Beethoven’s playful and capricious Sonata in G-major. To close the program will be Igor Stravinsky’s homage to the Baroque with his Suite Italienne based on his ballet “Pulcinella” which premiered in Paris in 1920.  $20 RJD Members / $25 Public.

A native son of the Pioneer Valley in Massachusetts, Jesse Holstein went to Oberlin for his undergraduate studies with Marilyn McDonald. He then went to NEC in Boston to get his master’s degree studying with James Buswell. Since 2001, Jesse has been a Resident Musician for Community MusicWorks-a youth and family-mentoring program that provides free instruments, lessons and a variety of programs in the West-End and South Side of Providence. He is the Concertmaster of the New Bedford Symphony and is on the faculty of Brown University.

Jeffrey Louie is an accomplished instrumentalist, composer, and arranger across a wide range of musical disciplines. A virtuoso pianist and violinist, he has soloed on both instruments with numerous Boston-area orchestras and has served as principal second violinist for the Yale Symphony and the Boston Philharmonic. He is a BMI Student Composers Award winner, and at Yale he received the Wrexham Prize in Music and the Abraham Beechman Cox Prize for music composition. He is also a singer/songwriter and guitarist, as well as a versatile arranger and session musician for a diverse roster of ensembles and recording artists.

In 1861, Harriet Ann Jacobs published a masterpiece, Incidents in the Life of a Slave Girl. Her book is the first and only narrative to give voice to a woman who escaped slavery. Cornelia Grinnell Willis not only purchased Harriet’s freedom, but she also developed a bond with Harriet and her daughter, Louisa, that lasted a lifetime. Both women suffered trauma as children and miraculously survived. They also had close ties to New Bedford that have not been examined previously. Cornelia married Nathaniel Parker Willis, considered an American Dickens during his lifetime though largely forgotten today. Join author and local historian Peggi Medeiros as she traces the fascinating lives of the Jacobs, Grinnell and Willis families in and out of New Bedford. Purchase tickets on line: $5 Members / $8 Public / Free with purchase of book.

Come explore the mansion and enjoy programming throughout the day. Exhibiting artist, Faith Baci, will be doing a tatting demonstration from 11am to 1pm. An RJD docent will take guests on a guided tour of the house at 2pm. A children’s craft and refreshments are available all day.  Donations accepted in lieu of admission.

Who is Dr. Marie Equi? Did you know New Bedford had a suffrage march on 8th Street? Equi has gained attention lately given her role as an activist in the suffrage movement and her inclusion in New Bedford’s Lighting the Way tour. Find out more at this talk. Part of AHA night. Free admission.

Visit the grounds of the RJD (396 County Street) to see a display of Jack-O-Lanterns, carved with care by community members. Inside the mansion, children can participate in a scavenger hunt with prizes. Refreshments served. Suggested donation: $5 Individuals / $10 Family.

Tambour, from the French word for “drum”, is a type of chain stitch embroidery. One of its practitioners and an artist with work on display in the current exhibition, Sewful Work, will demonstrate the method and speak about some work in her own collection. $10 Members/ $15 Public.

Belly up to the bar for a shot of history with a chaser of networking. H3 is a brief talk on a historical topic accompanied by tasty bites, good company, and beer or wine.

With its launch in June 2020, the New Bedford LGBTQ+ Archive has led to insights about the history and lives of the LGBTQ+ community in New Bedford. Learn about its inception, what has been collected, and how the archive contributes to a larger national and academic conversation about this often overlooked history. $15 fee includes refreshment.